I won’t back down without a fight 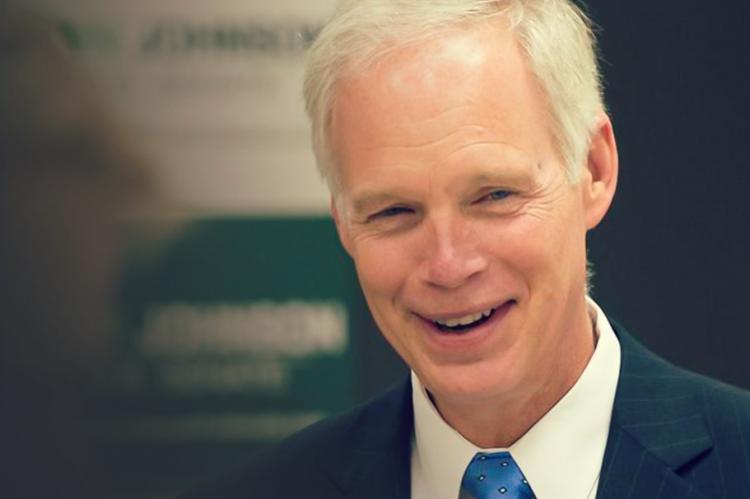 I want you to know that I don’t have the background that the Liberal elites do. My parents were farmers and worked with their hands.

I grew up with working values. I didn’t attend an Ivy League school and I’m not a fast-talking Harvard lawyer. I cut my teeth in the manufacturing industry. My opponent says that his parents worked the third shift, however, I worked the third shift myself. Standing up for working Americans like you is what keeps me in the Senate.

The coastal elites want us to fall in line with their agenda that doesn’t serve you. They want to push their radical global warming policies with your wallet. They hate our values. Trump was right when he said that it’s not him they hated, but it’s all of us.

Now that I’ve won my primary, I’m now up against a radical Democrat who wants to flip Wisconsin Blue. This hack is a puppet for Schumer and Pelosi. He will serve them, not you!

My opponent has said that the founding of America was a mistake.

While in control of the majority, the Democrats have tried to fundamentally dismantle American values.

This much is clear: we cannot let them dig their claws into Wisconsin.

I’m not asking for money, just your endorsement as I continue this Fight for Freedom.

It is not only our Freedom, it is the future of America!

I give Mandella credit, he is in a remarkable place in life. The problem is that he has succeeded in America, because of people like Ron Johnson. Johnson created jobs and made an opportunity that encouraged sustainable lives for many people. He did this by living in a country and state that had the freedom to encourage smart ambitious and courageous people to start a business and create jobs. This was a very admirable accomplishment, but then he saw his country turning into an overregulated, and stifling bureaucratic government. At that point, he felt he needed to step up and work to keep the American Dream alive, and he did. He now faces the Socialist mentality that continues to take money from hardworking productive people and give it out to those who gladly take it, without understanding that it came from someone else, it was not free, and will actually be paid by our grandchildren with interest.
Ron says "Under their policies,
YOUR freedom
YOUR FAMILY’S freedom
YOUR NEIGHBOR’S freedom
AMERICA’S freedom
Is AT RISK"

It is not only our Freedom, it is the future of America! Again we must do whatever it takes to reelect Ron Johnson, this could be the most important election of our lives, and I don't say that lightly. Mandella Barns is a career politician, and Ron Johnson is a successful businessman and an American Patriot.

GO GET 'EM RON!
I have to hand it to him. His ads are real slick, and show him as a reasonable person. However,
Mandela needs to be exposed for the radical he really is. DOes not pay his property taxes. Does not pay parking tickets, I am told. Assaulted a journalist a few years ago. Supports themorally and economically bankrupt "GREEN" New Deal, and politicians like Schumer, Omar, AOC and more. Truthwisconsin.com is doing a good job exposing him, using Mandela's own words. FANTASTIC! He needs to be beat down with the truth.

The Dems want socialism and you are the one to stop it.