Is Evers the Most Radical Governor in Wisconsin History? 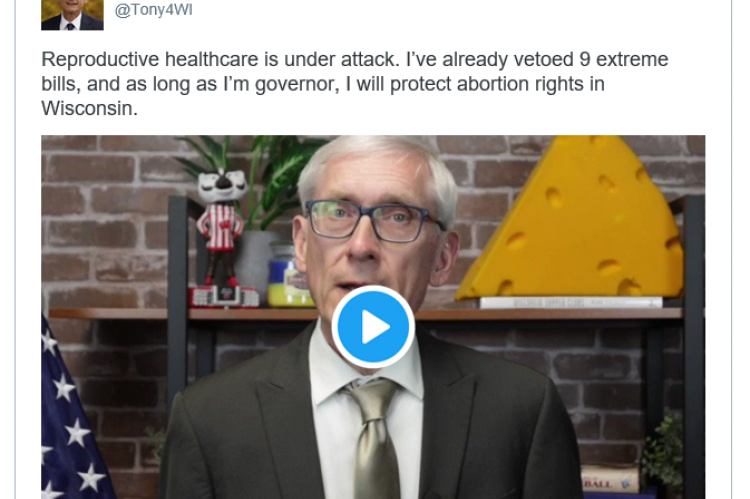 My sources in Madison tell me that Governor Evers is widely mocked throughout the capitol building - even by his Democrat allies. He doesn't have any of the traditional traits that a leader is expected to have and he flies off the handle on just about every issue. He is an emotional rollercoaster of inconsistency and bad decision making.

This week he has thrown his support to the most radical fringes of the Democrat Party - the abortions everywhere and for all reasons crowd.

To call the act of killing an unborn child 'reproductive healthcare' is terribly evil.

To deceive the people with terms like 'abortion rights' is the height of ignorance and political propaganda.

Tell me, how many hearts does a pregnant woman have? Just one, right? Then whose heart is being stopped when an abortion is committed?

Where in the Constitution do We the People outline the right to abortion? Nowhere of course. Evers and his allies are just making it up in an effort to deceive you and incite violence.

Listen to the types of people this Governor aligns with:

This radical, unhinged, dangerous lunatic has to go!

Evers is the democrat pawn

Evers has no ability to govern, and never has. He was put in as the candidate, because they could not find a suitable person to run for governor. The democrats thought he was perfect because he would allow them to do and accomplish their agenda and make Evers the fall guy for more failed government.