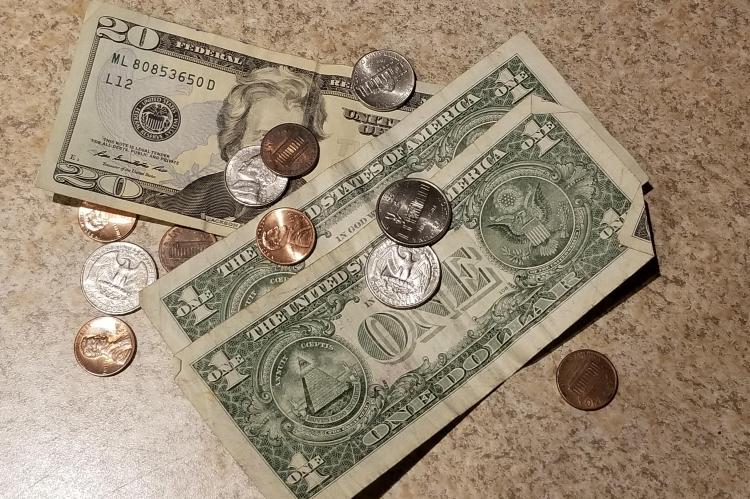 When I was first sworn into Congress a little over a year ago, I knew I’d encounter a lot of people in Washington, DC with bad ideas. What I didn’t realize is that some of those people would be completely disconnected from reality.

Case and point – this week, Speaker Pelosi’s Budget Committee Chairman brushed aside concerns raised by Republicans – and even some Democrats – about the fiscal implications of a massive, $5.5 trillion welfare spending plan. He argued with a straight face that no matter how much the federal government spends, our country


“absolutely cannot go bankrupt because we have the power to create as much money as we need.”

I know, I couldn’t believe it either. But it happened. You can watch video of his astounding statements here.

Of course, we all know he is wrong, and have already begun to see the disastrous results of trillions in new government spending already signed into law by President Biden.

Consumer prices recently rose faster than at any time since 1991, and prices at the pump hit their highest level since 2014. We also learned this week that wholesale prices rose at the fastest rate since the government began keeping track –


including a whopping 59.2 percent increase in the price of beef and a 36.3 percent spike in energy costs.

But higher prices fueled by irresponsible spending are just one part of the two-punch combo hitting too many Wisconsin families. The all-you-can-eat spending buffet in Washington is also shrinking American paychecks. This week we learned that real wages actually declined for low-income workers, according to President Biden’s own Department of Labor.

Unfortunately, none of this bad economic news appears to be slowing Speaker Pelosi down. When Congress returns from its extended recess next week, lawmakers are set to consider two more massive spending packages that carry a combined price tag that adds up to more than the total amount of tax revenue the federal government collected all of last year.

It’s time to pump the brakes on Washington waste, and for government leaders to start making the same kind of tough budget choices that hardworking taxpayers have to make every single day.

. A few years back, I had a conversation with a very intelligent adult about socialism and debt. I explained respectfully why debt could not continue, if America was going to survive. She said that it does not matter how much money the government spends! I said who would pay for it? She said no one! I said how can we do that. She then, gave me a lecture of brilliance.

She said the government can make $20 bills, lots of them and fast. If you take one of those to Kwik Trip, you can buy milk, eggs, butter, beer and cigarettes, and get change back. So that is how we can solve our problems, just make more money. This woman was 100 percent certain.

Most reading this will get the concept that her logic is perfect, with the exception it does not work when you incorporate sustainable economics. I spent a long time explaining, but she knew I was wrong because she went over the $20 bill works every time.

That is a perfect example of

That is a perfect example of the short-sighted view that most people have about economics. When there are more $20 bills chasing after the same amount of products then that leads to hyper inflation and the cost of goods increases exponentially because the value of money is worth less.