Why is Biden so Angry? 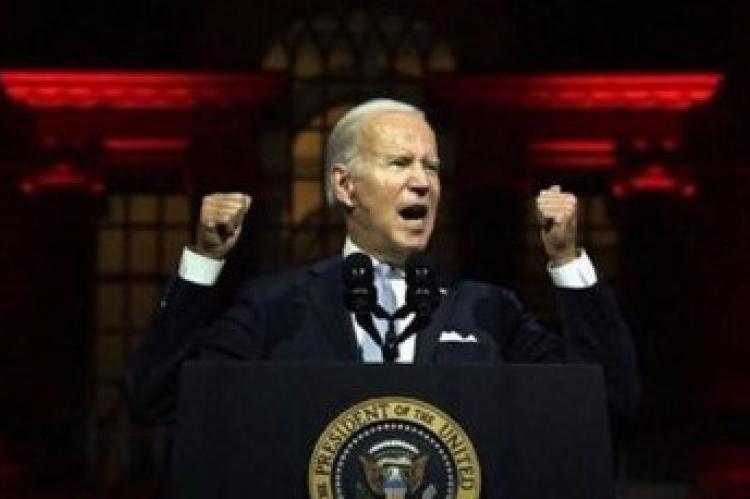 It is clear that Joe Biden wants to fundamentally transform this country. My question is do you love, much less like, something you want to fundamentally change? I don't wake up and say to my wife, "Jane, I love you, but now I want to change everything about you."

Student Loan Wealth Transfer
President Biden's unprecedented move to forgive student loan debt is grossly unfair to families who didn't send their kids to college or managed to pay off their student debt.

70% of the $300 billion inflationary spending will go to people in the top 60% of earners. Democrats have become the party of the elite.

Open Borders
The crisis at the southern border has lead to an unprecedented flood of illegal immigrants and the deadly effects of unregulated fentanyl have lead several Wisconsin counties to declare fentanyl a public health crisis.

Supersized IRS
Democrats are as detached from economic reality as they are from the truth. The Orwellian named "Inflation Reduction Act" will do no such thing. It will worsen inflation, supercharge the IRS (adding 87,000 IRS agents!) to go after American families and likely drive the cost of energy up rather than down.

Hunter Biden Laptop
It's crystal clear - President Biden was lying through his teeth to the American people about Hunter Biden's corrupt business dealings. Whistleblowers revealed the partisan FBI's scheme to downplay derogatory information about Hunter Biden and end my investigation. This corruption needs to be exposed.

Why does truth, honor, and justice take a back seat in America? We are at a critical time, because we have so many people voting who believe what is in the news, and they don't hear the facts, and it is because we can not reach them. Some don't want to hear the truth, and some like the lies being spread, because it serves them well. We must do what we can to get the truth out, but that will be hard, the next best thing we can do is we must get out voters who love America.

Reminds me of the saying,

Reminds me of the saying, "When the world is full of lies, the truth becomes revolutionary."