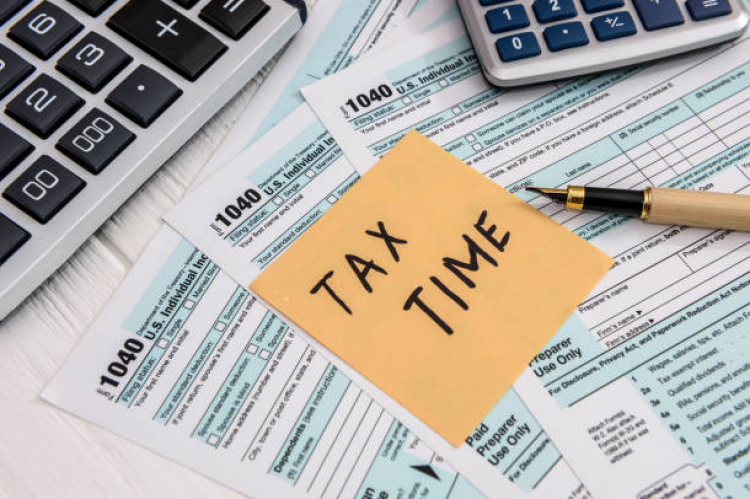 Reminder, Tax Day is April 18th and it's right around the corner.

If you’ve filed your taxes already, you may have seen a larger than expected tax refund. Your lower tax bill is the result of Republicans passing the largest tax cut in state history, which cut the typical Wisconsin family’s income tax liability by $900 over the two-year budget—in addition to property tax relief and reducing burdensome taxes on our local businesses.

Governor Evers' 2021-2023 proposed budget included over $1 billion in tax increases—“that’s billion with a B,” as he likes to say. These tax hikes would have expanded government and paid for hundreds of new bureaucrats at the expense of Wisconsin residents and businesses.

Republicans heard from concerned Wisconsinites all across the state and instead passed a budget that would have reduced taxes by $3.4 billion—including $2 billion of income tax cuts and $650 million of property tax relief. Our budget also provided $200 million to eliminate the personal property tax, which is a substantial financial and administrative burden on our local businesses and limits their ability to grow.

Unfortunately, Governor Evers slashed these provisions by over $1 billion, reducing the savings for citizens and businesses. This veto was in line with his previous action—vetoing a middle-class tax cut in 2019, another tax cut in 2020, and proposing substantial tax increases in both of his budget proposals.

In his 2019-2021 budget, Governor Evers advocated for $1 billion in tax increases, including hiking the gas tax and indexing it to inflation. A recent memo from the nonpartisan Legislative Fiscal Bureau shows that if it weren’t for Republicans, Wisconsinites would be paying 42 cents per gallon of gas, just in taxes—over a 30 percent increase from just three years ago.

Ultimately, Republicans believe that our citizens know how to spend their money better than the government, which is why we’ve made it a priority to cut taxes and make sure Wisconsinites keep more of their hard-earned wages. The result of Republican tax cuts has saved Wisconsinites nearly $22 billion since 2011. I am proud of the progress we’ve made in reducing the tax burden in our state over the past decade, and I look forward to continuing to advocate for lower taxes.