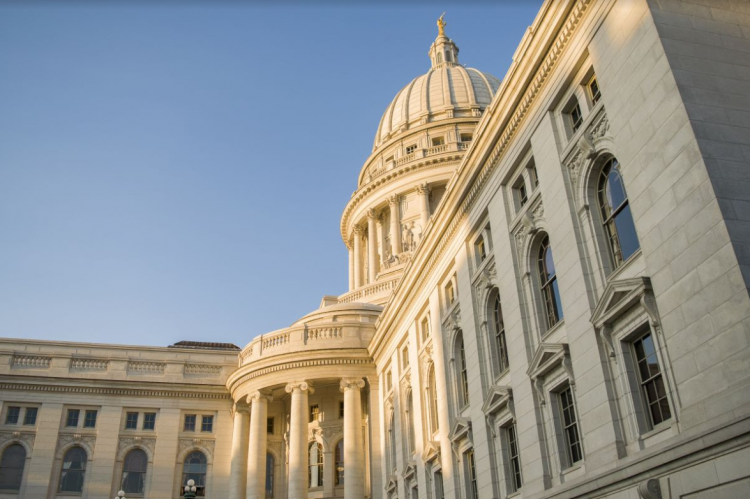 In less than seven weeks concerned patriotic citizens will exercise their right and responsibility to vote for the candidates of their choice. In Wisconsin there will be five state-wide contests with six conservative Republican candidates since the candidates for Governor and LT Governor run together as a team.

Most Wisconsin citizens should be able to identify incumbent US Senator Ron Johnson as the candidate for re-election and businessman Tim Michels as the conservative challenger for Governor. Michels is an Army Veteran and an executive with his family’s large construction business. Both are excellent choices and should be successful in all their endeavors.

Most Wisconsin conservatives should be able to identify current State Senator Roger Roth as the Republican candidate for LT Governor and Fond du Lac County District Attorney Eric Toney as the conservative candidate for Attorney General. Roth is a self-employed home builder and a member of the Air National Guard. Toney is a proven leader and “a prosecutor not a politician”. Again, both are excellent choices and should be successful in all their endeavors.

The remaining two candidates, Amy Loudenbeck for Secretary of State and John Leiber for State Treasurer, are less well known and less covered by the media. Since most of the campaign donations are going to the previously listed campaigns, these two candidates are campaigning on a much smaller budget. Nevertheless, their success will be meaningful to the future of Wisconsin when considering such issues as smaller and more efficient government, election integrity, good fiscal management, and impact on public education.

Secretary of State Candidate Amy Loudenbeck has been in the Assembly since 2011. She has served on the prestigious Joint Finance Committee for 8 years and been a Co-Vice Chairman for the last four. She is a UW-Madison graduate with Bachelor degrees in Political Science and International Relations. Loudenbeck is a former Chamber of Commerce executive and a former environmental/regulatory compliance project manager. She became a certified Wisconsin Firefighter in 1998 and a credentialed certified Hazardous Materials Manager in 1999. She has served a term as a Town Supervisor and had leadership responsibilities with the now defunct State Line World Trade Association.

Loudenbeck is challenging the 82 year-old, 40 year incumbent (44 year incumbent if you count his first term which ended four years before the 40 year incumbency started) Douglas J. LaFollette Secretary LaFollette’s job performance has been questioned lately. For example, he took several months to mail the Convention of States paperwork to Congress and did so only after being challenged about it. Others have reportedly tried to contact him only to find the office closed and Mr. LaFollette hard to contact. His primary opponent won more than one-third of the vote by campaigning “…to transform this office into a loudspeaker in defense of democracy, ready to push back on any attempt to infringe on voters’ rights or fair elections.”

Loudenbeck is campaigning to bring modern business class services to the Office of Secretary of State; might say bring the office into the 21st Century. She will work to restore purpose and respect to this office. She will be “present for duty” and complete tasks in a timely manner.

Loudenbeck has numerous endorsements from former governors, former assembly speakers, and many, many state legislators. Organizations to include Wisconsin Right to Life, Wisconsin Grocers Association, and the Wisconsin Farm Bureau have also endorsed her.

While State Treasurer Candidate John Leiber lacks this breadth of experience he certainly is deserving of our vote. He earned his Bachelor degree in 2000 but only graduated from the Law School at the University of Wisconsin in 2021. He is currently a practicing Attorney. He previously worked as a staff member for legislators in both the State Senate and Assembly. He has also worked with the Wisconsin Department of Revenue. This experience working in the State Capitol will be valuable for our next State Treasurer. Leiber is campaigning on “sound fiscal management” and “smaller government”. He won the Republican primary over an enthusiastic and energetic opponent by better than a 3 to 1 margin. His Democratic opponent who works in tech support for a local school district and is the Mayor of Fitchburg won his primary with less than 40% of the vote.

Both Loudenbeck and Leiber, when elected, will become two of the three members (along with the Attorney General) of the Wisconsin Board of Commissioners of Public Land. This board holds title to nearly 77,000 acres of school trust lands and manages four trust funds totaling over $1 billion in assets. This board’s success has a financial impact on public education. This alone justifies carefully considering candidate qualifications to make sure to vote for the best one!

So, as you continue to study the candidates before Election Day on November 8th consider the conservative candidates for all the offices and not just the well-known ones with lots of media coverage and campaign contributions. Consider writing a letter to the editor supporting one or both Amy Loudenbeck and John Leiber; or even sending a contribution. At the least, share the good news about Amy Loudenbeck and John Leiber with family, friends, neighbors, and even share the news on social media.

I keep up with most of these races, and I like what Wester has done for us. This is a crash course in quality candidates, something that is very helpful.
Up north of these districts, we have a great Senate race in Senate District 31 where a great conservative is running for the Senate. His name is Dave Estenson, and he has had a bunch of life experiences and is campaigning hard. The opposition has dragged up some dirt, and that is because they have nothing to offer. I have read over their allegations and have no concerns, and I see this kind of thing in most races nowadays. Here is his website, https://www.daveforwi.com/