Hidden from the public 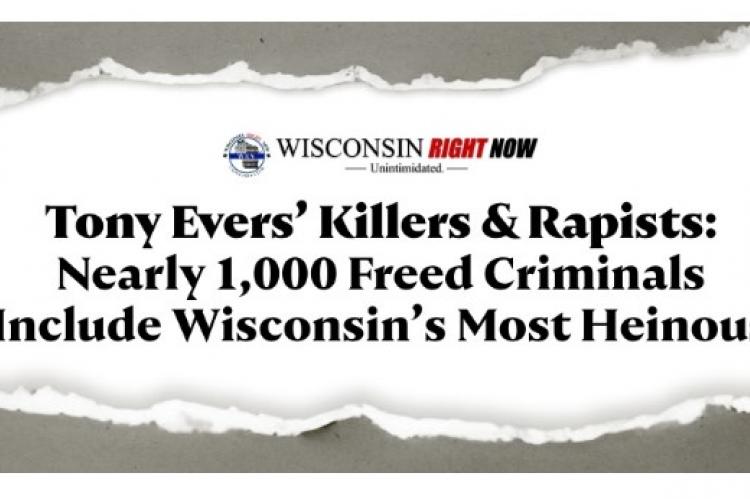 Gov. Tony Evers’ Parole Commission has released at least 884 convicted criminals, freeing them early on parole mostly into Wisconsin communities. The list of offenders he has freed includes more than 270 murderers and attempted murderers, and more than 44 child rapists.

This shocking news has been kept hidden from the public because our mainstream media have become allies and accomplices for the liberal politicians they admire.

For five years, since he first announced he was running for governor, the media have covered for Tony Evers. Well, if the mainstream media won’t do it’s job, we need to spread the news of his deadly incompetence.

Can you help us let Wisconsin voters know about Tony Evers' disgusting and dangerous soft on crime history?

The details of this story are so devastating, if enough voters become aware of them, Tony Evers' political career could be over.

The average age of the released killers and attempted killers is 54, and those released are as young as 39. The list of convicted criminals released by Evers includes violent offenders who were sentenced for some of the most heinous crimes in state history.

Give what you can so we can get this message out. And send this to your personal network too.

Lets get this made public, NOW!

I sometimes use the term unbelievable, and it is usually believable, but this is truly unbelievable! I don't think I know anyone who would vote for a person who puts everyday Wisconsinites at risk. The Citizens of Wisconsin now have to be exposed to these criminals every single day.

You are eligible for a pardon only if all of the following conditions apply to you:
1. You are seeking a pardon for a Wisconsin felony conviction.
2. It has been at least five (5) years since you finished any criminal sentence. This means you:
a. Completed all confinement; and
b. Completed all supervised release (e.g., probation, parole, or extended supervision).
3. You do not have any pending criminal cases or charges in any jurisdiction.
4. You are not currently required to register as a sex offender.

...This makes it all the more

...This makes it all the more diabolical that Evers would allow these criminals back on the streets.