Don't Buy What Democrats Are Selling as Reality 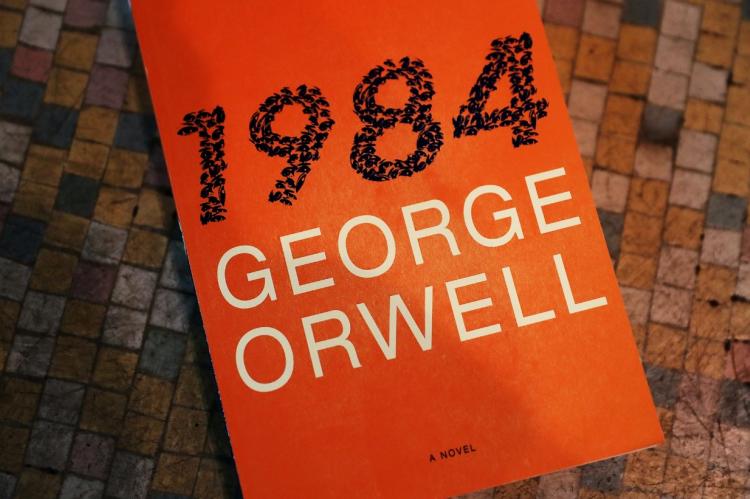 We live in a topsy-turvy world where true reality is often altered and replaced with a new surreal Democrat reality. This new pseudo-reality is then forced and reinforced upon society until those who imposed it eventually claim this newly created reality is indeed fact. Hence, Democrats want to force a paradigm shift in what is considered reality.

The problem with this approach is that the new pseudo-realities are almost always totally implausible. People using old-fashioned common-sense, and powers of observation can easily see through these new false realities. However, those who refuse to accept the new pseudo-realities are then labeled as conspirators and as anti-government. The main creators of these new realities are Democrats and their many allies. Beware of what those in today’s Democratic Party hierarchy are pushing as reality. By the standards of long-held societal traditions, common-sense, and ultimate truth, what the Democrats offer as reality is often anything but. Following are some examples.

Under their new pseudo-reality, the Democrats would have us believe our southern borders are safe and secure when, in truth, they are open like a sieve. Undocumented aliens are pouring into our nation illegally by the millions. Imbedded amongst this unchecked influx are terrorists, criminals, and communicable disease carriers. This unabated alien onslaught has also set up conditions for drug cartels to infiltrate the U.S. more easily with tons of horrible drugs which are killing American citizens daily at an unprecedented rate. The United States’ southern border is far from safe or secure.

Under their new pseudo-reality, the Democrats would have us believe there is equal justice under the law while the truth is that conservative Americans are regularly charged, convicted, and sentenced to maximum penalties. Conversely, Democrats like the great majority of BLM & Antifa rioters go scot-free after committing felonious crimes. Democrats like Hunter Biden are not prosecuted at all in the face of overwhelming evidence of significant criminal wrongdoing. There is no longer equal justice under the law in our country. It is now an unequal two-tiered justice system.

Under their new pseudo-reality, the Democrats would have us believe that President Biden is fit for service while anyone using the simple powers of observation will see a senile old man in the throes of dementia who instead of leading, is himself being led by Democrat handlers around him. He is the victim of elder abuse by those Democrats who have allowed him to hold a position in which he is totally incapable of serving. President Biden would need only to take a public mental acuity test if he wished to prove his mental fitness and reveal his true cognitive status.

Under their new pseudo-reality, the Democrats would have us believe all U.S. elections are free and fair when many are plainly not. Democrats act like once an election is complete that means it is automatically fair and finished. They then label anyone contesting election results as a perpetrator of fake news. The facts are that in the 2020 and 2022 elections the Democrats ignored or discounted hundreds of SWORN and damning affidavits by disenfranchised voters, poll-watchers, and ballot support personnel. They ignore credible expert testimonies from statistical analysts and auditors who say the chances of Democrats to have won some elections in the way they did are astronomically tiny (unless FRAUD is factored into the equation).

Regarding election fraud accusations against Democrats, they choose not to prove their innocence but instead just declare themselves innocent absent proof. Meanwhile they fight common-sense election reforms like voter ID and signature verification (and a whole list of others) with every ounce of opposition they can muster. These denial actions project guilt, not innocence. Democrats label non-Democrats who doubt election results as election deniers. While the Democrats themselves are obviously election-FRAUD-deniers in the face of massive evidence of election malfeasance.

Under their new pseudo-reality, the Democrats would have us believe that killing human babies for convenience is acceptable as long as the babies are pre-born. Democrats disrespect those who believe that the Bible condemns abortion, and they call Bible-believers bigots. Democrats desire for pro-life individuals to be labeled as anti-abortion but they themselves are aghast if someone rightfully refers to abortion advocates as pro-death supporters.

Under their new pseudo-reality, the Democrats would have us believe that authoritarian government controls and mandates during COVID were acceptable measures and that further government lockdowns, school closures, mandates, and business restrictions should continue to be allowed without question. Really?

Under their new pseudo-reality, the Democrats would have us believe that the COVID vaccine program which used an experimental and non-fully tested drug which turned out not to protect recipients from either getting or transmitting the COVID disease was perfectly normal and non-problematic. Note that the definition of vaccine had to be changed to suit this new Democrat reality.

Under their new pseudo-reality, the Democrats would have us believe that everyone should continue to receive COVID vaccine boosters. This in the face of mounting evidence that current COVID vaccines are neither safe nor effective. The current mRNA vaccines have, in fact, been deadly to thousands of people. To many other individuals the COVID vaccines are the cause of debilitating conditions which adversely affect circulatory, neurologic, reproductive, musculoskeletal, or immune body systems. Cover-ups need to stop, boosters-for-all need to cease, and responsible people and entities need to be held accountable.

Under their new pseudo-reality, the Democrats would have us believe that they stand for truth when in fact many are proven liars. Their 46th U.S. president is chief among them. He has a lifelong habit of bloviating falsehoods about his personal achievements and education. He tells us his son Hunter and he himself have done nothing wrong when there is Hunter’s abandoned laptop chock-full of factual and incriminating evidence that proves Biden’s statement is false.

Also, another bald-face Democrat liar is Adam Schiff. He spent two years insisting repeatedly that President Trump was colluding with Russia. In fact, investigators proved him wrong, leaving Schiff with zero credibility. It turned out that Hillary Clinton’s campaign initiated this falsehood by using unverifiable misinformation supplied by a professional Russian misinformant. These few examples of Democrat untruths are just the tip of the iceberg.

In short, Democrats want you to believe whatever they desire to be real is true. While at the same time, anyone who opposes them and tries to correct them is automatically labeled by Democrats as being wrong and false. If facts and details don’t exactly line up with the Democrats’ viewpoint, they just create a new and alternate reality that suits their goals and needs (but which may have nothing in common with actual verifiable reality).

BEWARE! If you believe in the Democrats’ FAUX-REALITY, you do so at your own peril! The spider will have caught you in its web.

reply to this article

The DEMS are mentally ill, rapacious individuals who want power and control without having the brain power to really run this country and its people except into the gutter. I agree with all you stated here.

Excellent observations, but the problem is that democrats don't understand why they can't continue to have what they want, they don't know that someone has to pay for it. I had a very knowledgeable democrat tell me once that we can solve all the problems in the world by printing more money. I asked how that worked, and they proved it to me.

They said when I go to Kwik Trip, I can buy cigarettes, beer, and lotto tickets, give them a $20 bill and they give me a bit of change back! Just have to print more $20 bills!