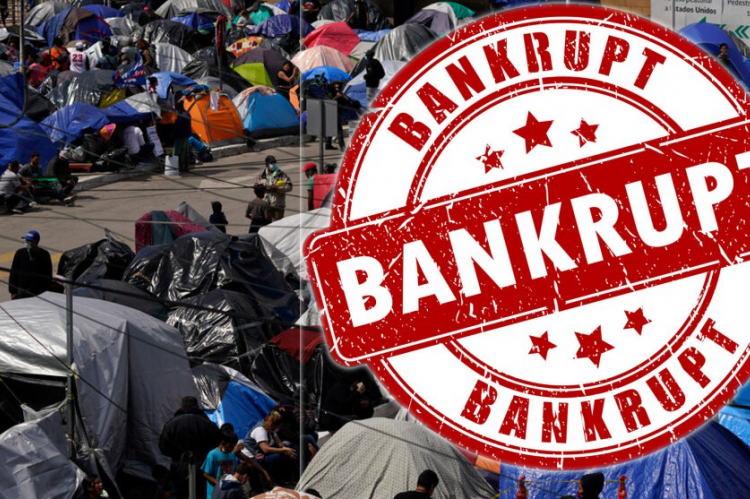 This week Democrats in Congress continued to argue amongst themselves over a budget-busting, $5.5 trillion spending bill that Americans do not want and cannot afford.

While gas prices recently hit a 7-year high and the cost of groceries keeps rising (the cost of beef is up nearly 60 percent this year), some in Congress remain fixated on finding new ways to dig us all deeper into debt. On top of that, they want to hit employers and families with the largest tax hikes since 1968. Even more galling, this push is happening after trillions of dollars have already been spent paying hundreds of thousands of able-bodied Americans not to work – and resulting in eye-popping levels of fraud.

Adding insult to injury, the bill would be a huge windfall for some of America’s richest people, funneling thousands of dollars in taxpayer subsidies to households that, in some cases, earn as much as $800,000 a year.

Just this week, President Biden’s own Secretary of Homeland Security asked the agency to prepare for a “worst-case scenario in which 350,000 to 400,000 migrants cross the border in October.” This grim assessment comes days after the Biden administration admitted releasing at least 12,000 illegal Haitian migrants into American communities.

As I write to you now, officials in Panama are warning President Biden – as I did a few months ago – that another massive caravan of as many as 60,000 migrants are headed to the United States.

Yet instead of taking steps to protect American towns from this tidal wave of humanity, Democrats in Congress are working around the clock to bend the rules of Congress in pursuit of a far-reaching amnesty. It just doesn’t make sense.

The bottom line is that Americans know things in Washington aren’t working. From the botched Afghanistan withdrawal and scores of dangerous and often unvetted Afghans pouring into our communities, to claims that tens of thousands of illegal migrants don’t plan to stay in America and a record spike in homicides, President Biden and his cabinet don’t seem to have a plan. They seem confused about everything, take responsibility for nothing, and seem unwilling to answer questions about anything.

What happened to the Democrat party?

I know many democrat's, and they are disappointed, but can't bear to admit it, and I don't blame them. What a colossal mess. The left wing of the democrats, are pushing hard to do what they think is a good thing, but many democrats know this is way over the edge. We continue to devastate our wonderful country, God help us.

When will those sane

When will those sane democrats have the courage to leave their party so the new Marxist/Democrat Party (Marxocrat?) can fail miserably? By remaining loyal to these Marxists in power they are simply enabling them to continue. The Marxists must be defeated. Period. If sane democrats won't be part of that solution then they are part of the problem.

It is time for some tough love in this nation: we're not playing by the old rules any longer where Republicans and Democrats were all patriotic but just had differences in policy. We are now in a situation where 50% of the country hates the Constitution and the traditional values of our nation and the other 50% are fighting to conserve America. Choose your side wisely.