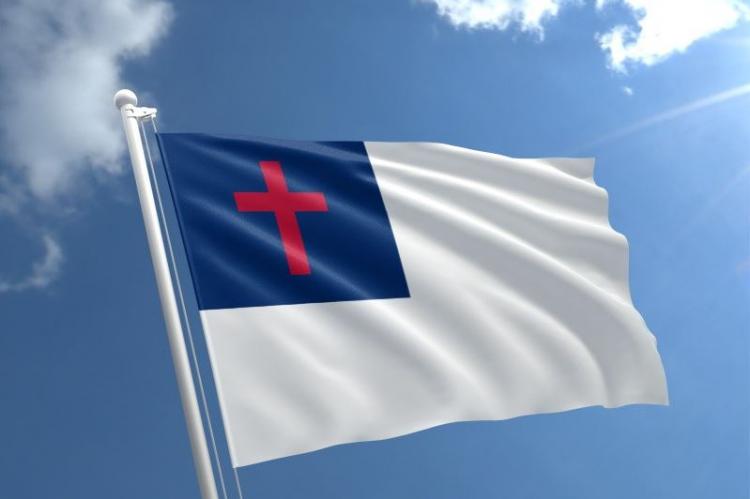 In early June this year, for the third year in a row, Governor Evers issued an Executive Order directing the flying of the Gay Pride flag over the State Capitol through the end of the month. This was done in conjunction with celebrating Pride Month in support of the LGBTQ community. The United States, the Wisconsin State, and the POW-MIA flags continued to fly on various flagpoles at the State Capitol.

Governor Evers was joined for the event by U.S. Senator Tammy Baldwin and other activists. He expressed his commitment to making systemic changes that will have a lasting impact on Wisconsin’s LGBTQ citizens. The Governor further encouraged communities and state buildings to follow his example (of flying the Gay Pride flag).

I am not totally opposed to recognizing a small group of Wisconsin citizens. If they can be recognized, or even honored, with the flying of their flag, then all Wisconsin citizens should have the same opportunity. If the Governor is singling out one group and ignores others, isn’t that discrimination?

The solution to resolving this discrimination is to respectfully request the Governor to recognize and honor various other groups by flying their flag over the capitol just as he flew the Gay Pride flag for the month of June these last three years.

The Christian flag is an ecumenical flag designed more than a century ago to represent all Christianity and Chistendom. It has a red cross on a blue background in the upper left corner on a white banner. It would be very appropriate to fly that flag over the Capitol during Advent, leading up to celebrating the birth of Baby Jesus, from November 28 to December 24, 2021 and again during Lent which is the period before Easter, March 2 (Ash Wednesday) through April 14 (Maundy Thursday) 2022.

Before people start yelling “separation of church and state” I would suggest a careful reading of the First Amendment to the United States Constitution and a quick review of early American History. The Pilgrims and Puritans came to the New World for “Freedom of Religion”; not “freedom from religion”!

A couple of youth organizations worthy of recognitions include 4-H and FFA. National 4-H week is October 3 to October 9 and there are over 31,000 4-H members in Wisconsin. National FFA week is February 19 to February 26 in 2022 and there are over 20,000 FFA members in Wisconsin. Other youth groups deserving recognition include the Boy Scout Day on February 8, 2022 and the Girl Scout Day on March 12, 2022.

Governor Evers wants to be “the Education Governor” so let’s see what kind of recognition and honor he creates for Teachers’ Appreciation Week, May 1 to May 7, 2022. Governor Evers support of Law Enforcement is questionable so I wonder how he will celebrate National Police Week, May 15 to May 21, 2022. Likewise, National First Responders Day (October 28, 2021) and National Firefighter Day (May 4, 2022) should be celebrated and honored with a flag flying over the capitol.

President Biden took similar action concerning flying the Gay Pride flag at embassies and government buildings and met a lot of backlash, both foreign and domestic.

Given a little thought, I am sure the list of various segments of Wisconsin Citizens deserving recognition and honor will and should grow. Feel free to help this list grow by adding your comment to this article. If Governor Evers recognizes one group of Wisconsin’s citizens how about others?

Ask Governor Evers to fly your flag by communicating with him at eversinfo@wisconsin.gov, or 608-266-1212, or P.O. Box 7863, Madison, WI 53707-7863. You might want to send a copy of the correspondence (or make another phone call) to your State Representative and State Senator so they too will know how you feel about this issue.

There is one point that I would make regarding the Gay Pride Flag. I would prefer a Flag that honors every one, not just a few. Yes it is there, the beautiful Red, White and Blue American, flag that everyone in the world recognizes.

In America we all know that all of us are free and protected by our laws and American documents, the LGBT people are protected by those document just like all Americans. But the Gay Pride Flag says that these people are special, the rest of society doesn't have a flag saying that we are "Straight". Most of us don't need a flag, but there is one thing that is important here.

The young people of America are young and easily influenced, and are not sure about all of this, so I have a problem with the State government putting a stamp of approval on this other than "Straight" life. Why do so few, have a special flag sanctioned by my tax dollars?

He's just honoring all those who have returned from faraway wars in coffins draped with Gay Pride flags. 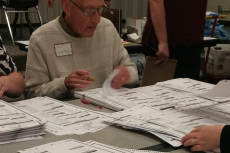 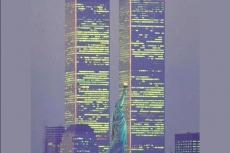 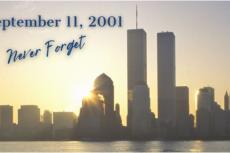 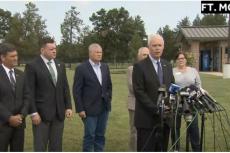