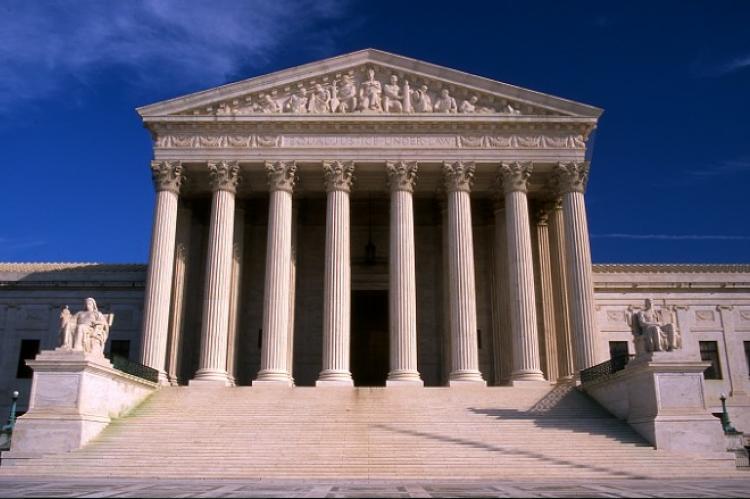 ANN ARBOR, MI — On Monday, December 5, the Supreme Court held oral arguments in 303 Creative LLC and Lorie Smith v. Elenis, (“303 Creative”) a case that will decide whether Colorado can force Christians to speak against their deeply held religious beliefs. Erin Mersino, Thomas More Law Center’s Chief of Supreme Court and Appellate Practice, authored a Friend of the Court brief supporting 303 Creative, owned by Lorie Smith, a Christian who believes in the Biblical view of marriage as a sacred bond exclusively between one man and one woman. Erin Mersino also attended the oral argument.

Continued Mersino, “This case is a follow up to Masterpiece Cakeshop v. Colorado Civil Rights Commission, where Colorado forced Christian Jack Phillips to create custom wedding cakes for marriages anathema to his Christian beliefs or be forced to go out of business. In Masterpiece Cakeshop, the Supreme Court limited its holding and focused on the blatant discriminatory behavior of the Civil Rights’ Commission toward Jack Phillips, so the case has had limited precedential value and has failed to provide protection for others facing the same attacks by the State. Even Jack Phillips himself has faced subsequent court battles and continued hardship.” The case before the Supreme Court on Monday involved 303 Creative’s websites that tell wedding and marriage stories. The company seeks to abstain from creating websites that tell stories of non-Biblical marriage, such as stories involving couples who live together before marriage or who engage in same-sex romantic behavior. This objection is not based on categorical discrimination against any group of people but based on the company’s quest to create speech in line with their Christian beliefs. Colorado’s law would require the company to be compelled to create speech to which it objects on both a moral and religious level.

Based on Monday’s argument, Erin Mersino opined, “I am optimistic that the Supreme Court will protect free speech, which includes the right to stay silent instead of being compelled by the State to create messages, especially messages with which the speaker disagrees.”

Richard Thompson, Chief Counsel and President of the Thomas More Law Center, states, “The State has never been allowed to compel private citizens to voice messages that run contrary to their deeply held moral and religious convictions, and the Supreme Court should not allow for such an interpretation of the First Amendment now.”

The Thomas More Law Center hopes for a broad holding that provides individuals with the much-needed protection to live out their faith without State compulsion of what shall be orthodox on matters of faith. Currently, 20 states carry out their public accommodations law, similar to the law at issue in 303 Creative, without attacking religious liberty and without compelling speech from their business owners. These “live and let live” policies have not led to problematic results. A decision in the case is expected by the end of June 2023.

The Law Center’s Friend of the Court brief is available here.

There is nothing in our Constitution that forces free individuals to violate his or her individual rights. If someone does not want to put their stamp of approval on a certain behavior or event, they don't have to! The government has no right to force free private citizens to violate their personal religious freedoms and rights. Period!

In America, we have thousands of laws and documents to protect personal freedoms, but those documents can't force someone to like an individual or a certain behavior. Christians usually hate the sin, but not the sinner, but that does not mean they have to like the sinner.

I am tired of the tiny minority getting so much of the media's time, and the courts' time, it is time for these attention-seekers to leave us alone.