Kaul was MIA and Kenosha Burned 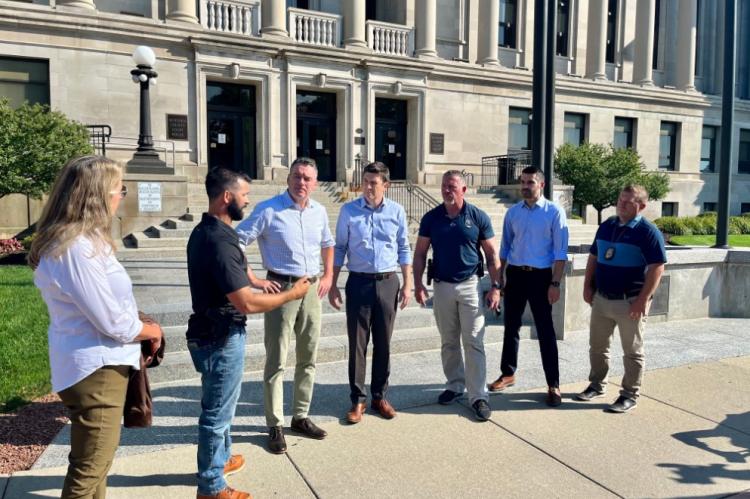 Jacob Blake was shot on that day and Josh Kaul had to have known Blake was brandishing a knife. Why? Kaul was investigating the shooting!

Kaul had the facts that could have de-escalated the entire situation in Kenosha. But Kaul said nothing.

Tony Evers then rushed to judgment by condemning and convicting the police officer involved in the justified shooting of Blake. Blake was wanted on a felony sexual assault warrant, resisted arrest, and there were multiple efforts to tase him. We also know, while armed with a knife, Blake attempted to enter a vehicle with children in it.

But Kaul said nothing.

The liberal media then joined the false narrative of an unarmed Black man being shot by law enforcement … further inflaming the woke mob.

And then Kenosha burned, businesses were lost, and people died.

What Josh Kaul did — and didn’t do — was disgraceful and a stain on the Wisconsin Department of Justice that he alone is responsible for. The justified shooting of Jacob Blake didn’t fit Kaul’s ultra liberal narrative and woke politics in which criminals are victims and cops are villains.

Kaul had a responsibility to forcefully push back and tell the world what Evers said was not true, there are more facts, to remain calm, and allow the integrity of investigation to be protected. Instead, he said nothing that night knowing the Governor was wrong.

Yesterday, on the anniversary of the shooting, I toured Kenosha to once again see firsthand the devastation left behind by the woke mob … something that could have been prevented had Kaul done his job as “Top Cop.”

Political rhetoric and failures of Kaul and Evers have contributed to historic violence and a drug epidemic in Wisconsin. I have a proven track record of standing up for the rule of law and locking up dangerous criminals and when I am elected Attorney General, I will do just that.

Kaul turned his back on law enforcement and Kenosha. Wisconsin needs to turn its back on Josh Kaul on November 8.

We need an honorable AG

Law enforcement works for the people, citizens need to understand that and most do. Our Attorney General needs to understand that, they need to stand behind law Enforcement. In simple terms, we need to work as hard as we can to be sure police officers are fair, and well trained, but then stand behind them 100 percent.
We give law enforcement a very difficult job and put them in life-threatening situations. They must make instant decisions and they are human and can make mistakes. We must not criminalize them when they do.

Josh Kaul must go, we need an honorable person for Wisconsin Attorney General