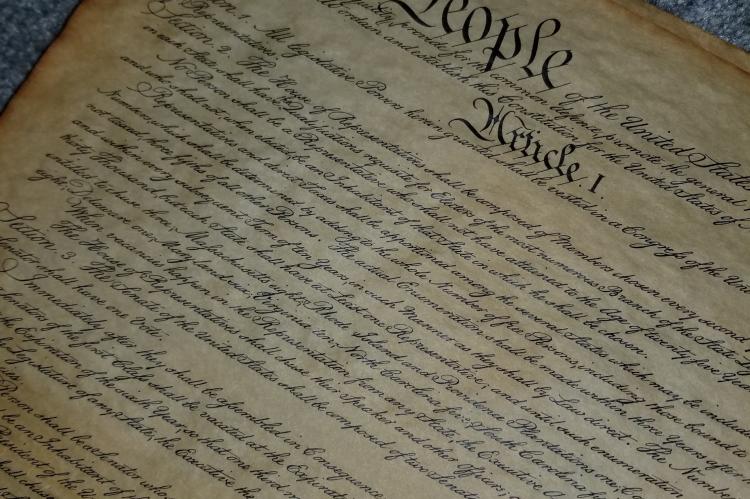 BREAKING: Wisconsin has officially become the sixteenth state to pass the COS Resolution calling for an Article V Convention of States!

A huge congratulations to our entire team in Wisconsin who have worked tirelessly to secure today’s victory. This success has been years in the making, but the message it sends is clear.

We the People are fed-up with the federal government's ever-increasing disregard for our constitutional rights. It’s time to rein in the ruling class in D.C. and return power to where the Founders’ intended — the states.

As Biden and Congress’ approval ratings continue to plummet, this is our moment in history to take action.

Momentum is on our side. As our team celebrates Wisconsin’s bold move to save the nation, we turn our eyes to the Senators in Nebraska who are expected to take their final vote on the COS Resolution in a matter of days.

If they follow in Wisconsin’s footsteps, they will become state #17 to join the call, putting us halfway to calling the Convention.

EDITOR's NOTE: Our team at CouleeConservatives.com has been reporting about this effort and supporting it for several years.

On Friday. January 28th, Nebraska became the 17th State to officially call for a Convention of States. This was just three days after Wisconsin became number 16! Since 34 states are needed to Call the Convention of States, the effort is halfway there!

Maybe we should all use our Christmas Card list to ask our family, relatives, friends, and former associates in states other than Wisconsin (and Nebraska) to determine if their state is one of the 17, and if not, to encourage communication with their state legislators to support the effort!

This is great History in the making!

In our lifetime, we have seen nothing this significant in the preservation of America, unless you are old enough to have survived WW2. America has had a constant erosion of our Constitutional rights and standards. J. Ham said it well, we must get the word out around America to get enough states behind this.