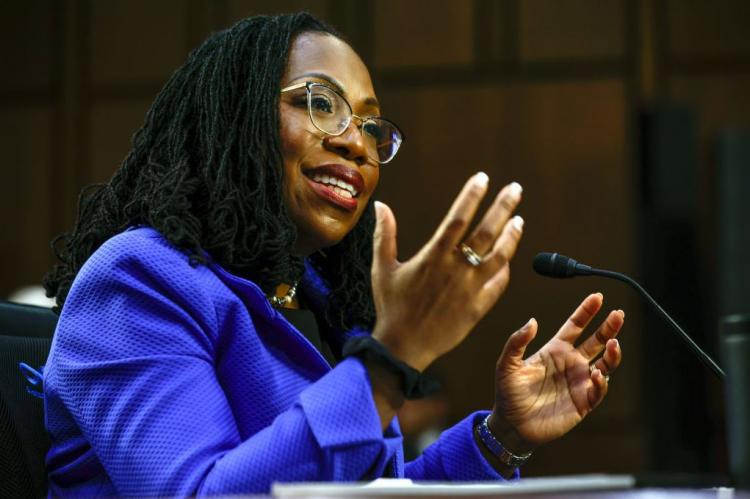 This week the House of Representatives was not in session, so I spent time back in the district holding listening sessions and meeting with constituents to hear about the issues that matter most to them.

Like many things that have grown since President Biden took office – inflation, illegal immigration, and gas prices – crime rates, too, are skyrocketing. A crime data sampling from 22 major U.S. cities, for example, showed that the murder rate went up 44% in 2021 compared to 2019.

During the past two years many of my colleagues on the other side have advocated for no cash-bail policies, supported soft-on-crime DAs, and called for defunding or even dismantling the police. Not surprisingly, these efforts have helped to fuel soaring crime, an epidemic of lawlessness, and tragic outcomes that we seem to see in news reports nearly every single day.

I have concerns about Judge Jackson’s ability to serve on our Nation’s highest court when she has consistently failed to follow federal sentencing guidelines – instead siding with offenders. That is why I joined several of my colleagues in sending a letter to the Senate Judiciary Committee Chairman Dick Durbin (IL) and Ranking Member Chuck Grassley (IA) outlining concerns with Judge Jackson’s troubling history of treating sexual predators as if they were the victims rather than the actual victims of these shocking crimes.