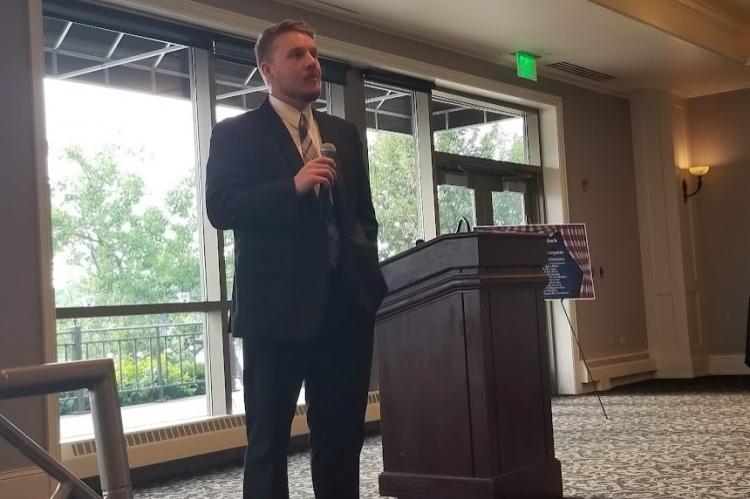 On June 30, Ryan Huebsch organized a gathering of some of the most influential Christian, Conservative, Republicans in the whole Coulee Region. What a terrific testament to Ryan’s leadership abilities! It is not easy to convince a group of ‘alphas’ to come together and join forces so my hat is off to Ryan for putting together such a successful event.

It is impressive to see a young leader like Ryan exhibit the kinds of qualities that so few attain. He surrounds himself with and carefully considers the counsel of many people with varying ideas. Just to name a few who were at the event: Governor Tommy Thompson, former State Senator Dan Kapanke, executives from small and large businesses in our region who are critical to the prosperity of our people, and candidates and office holders in neighboring Assembly Districts like Loren Oldenburg, Tony Kurtz and Chris Woodard.

Participating in the event was a great honor and it has renewed my optimism that our nation can get out of the ditch that the Democrats have driven us into. Like Governor Thompson, I cannot understand how anyone could possibly be considering a vote for any Democrat in this election cycle.

It was Democrat Joe Biden who directed his cabinet to cancel permits for drilling. It was Democrat Joe Biden who ordered the surrender of Afghanistan and allowed billions of dollars of military equipment to fall into the hands of the Talliban. It was a Democrat city council in Minneapolis who voted to defund their police with applause from Wisconsin Democrats. It was the Democrat Party of Wisconsin who approved a measure in their convention that calls on the government to end all energy production that doesn't include wind and solar - a move that will increase costs even further if Biden and Evers are foolish enough to implement it.

It is Democrat policies that choke the supply chain and lead to situations where mothers cannot find baby formula and the cost of EVERYTHING increases like never before. And it was Democrat Tony Evers who tried to lock you out of a Spring election all while his allies Steve Doyle, Brad Pfaff, and Jill Billings allowed him to proceed with an un-constitutional agenda.

Thankfully there is a majority of Republicans in the legislature who are able to put a stop to much of the corrupt practices being performed by Democrats, however, we need a VETO PROOF majority.

We need leaders like Ryan Huebsch who have the courage to stand up to the corruption of tyrants like Tony Evers!

Doyle is a dud

Democrat policies are a failed system, we need to get them out of government. The sad part is that anyone voting democrat has no idea about sustainable government. Ryan Huebsch has what it takes to bring back common sense to Madson