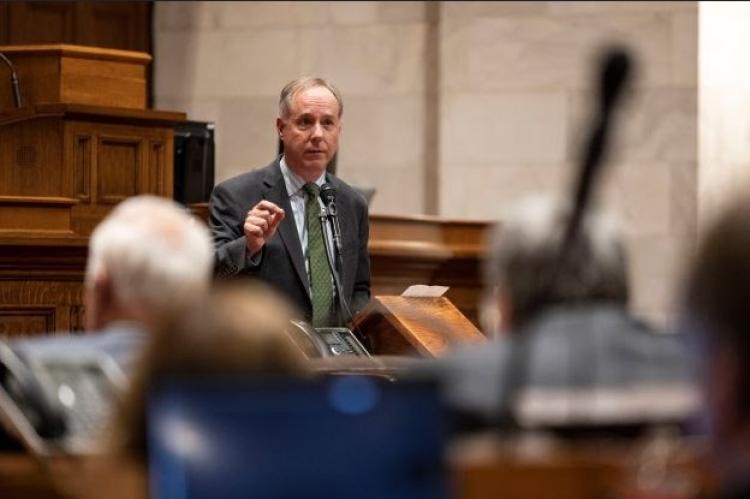 The Assembly was on the floor Thursday and tackled two major things:

1. A constitutional amendment on bail reform
2. An advisory ballot referendum on welfare requirements

The bail reform amendment allows courts to consider more relevant factors when setting bail for violent criminals. It strikes a balance between presuming innocence, public safety, and ensuring our judges have the appropriate tools to deal with repeat violent offenders.

The city of Milwaukee broke its homicide record for the third year in a row in 2022 and according to a 2021 news investigation, 1 out of every 5 homicide suspects was already out on bail or signature bond for another felony crime.

That means 20% of violent criminals in Milwaukee are reoffending! This amendment creates a two-tier system for bail between violent crimes and all other crimes. It does not eliminate a right to bail and does not interfere with the American principle of setting reasonable bail.

According to the National Conference of State Legislatures, 48 states allow courts to consider “dangerousness."

Bail reform had bipartisan support in both the Assembly and the Senate. Both chambers in the Wisconsin State Legislature have approved this constitutional amendment for two consecutive legislative sessions, the amendment will now be proposed to the voters on the April ballot.

The advisory referendum will ask Wisconsin voters a simple question:

Shall able-bodied child-less adults be required to look for work to receive taxpayer-funded welfare benefits?

This question is an opportunity for the business community and hardworking citizens to voice their opinion on able-bodied childless adults receiving welfare for an extended period without looking for work. There are 101,963 unfilled jobs in Wisconsin right now, so no one should be sitting on the sidelines

The referendum passed in both houses. Now Wisconsin voters will be able to give their feedback on the issue on the April ballot.

Who could not support this?

Allowing lazy people to sit while hardworking people pay their way is a violation of our Constitution and encourages bad behavior. Even the Bible, says if you don't work you don't eat. That comes from Paul's second letter to the Thessalonians.

Thanks for speaking up against the lazy freeloaders!