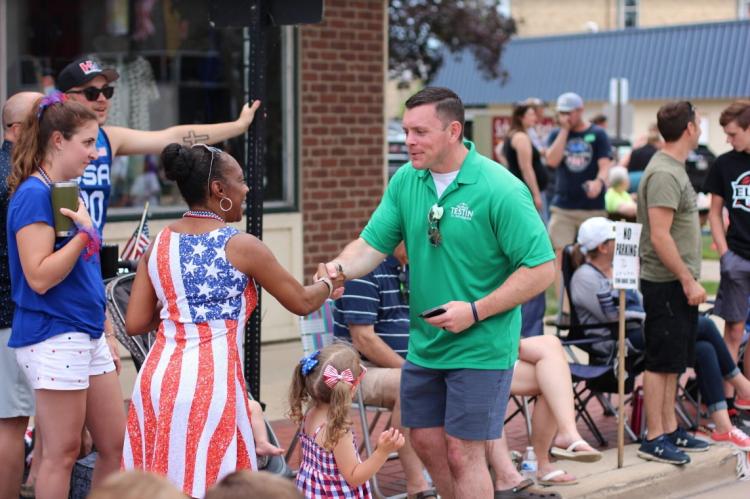 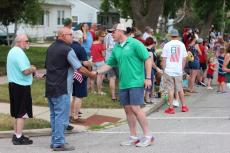 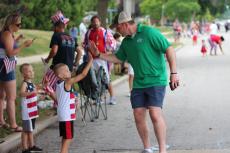 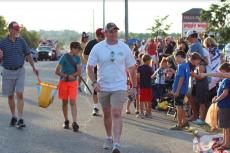 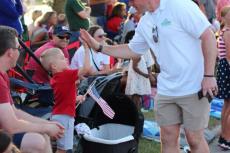 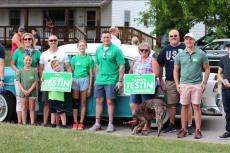 I hope you and your families had a safe and fun-filled Fourth of July Weekend! We spent the weekend down in Southeast Wisconsin walking in 6 parades and stopping by 5 other events across the weekend. Check out some of the pictures above from all our stops!

It doesn't matter where we are in the state: over the course of the last nine months on the campaign trail, I hear time and time again that people are fed up with Tony Evers' failed policies and abysmal leadership. Our families and our communities cannot afford four more years of Tony Evers' out-of-touch governance. Our kids deserve more out of their schools, parents deserve more money in their pockets instead of paid in taxes, and our cities deserve law and order in their streets. In the last four years, Tony has proven he isn't up to the challenge and would rather appeal to the furthest-left elements of the Democratic Party. In November, we must set Wisconsin on A Better Way Forward, and I hope you'll join us in making that a reality.

Last Wednesday, I participated in the Milwaukee GOP and Republican Women of Greater Milwaukee's Lt. Gov. candidate forum. On Thursday, I joined the Green Lake GOP for their candidate meet and greet. Finally, on Friday, we walked in the West Allis parade after stopping by the Greendale 4th Fish Fry!

On Saturday, the team walked in the Grafton and Oconomowoc Independence Day parades. We also stopped by New Berlin's 4th Fest!

On Independence Day, we started the day at the Union Grove Fourth of July parade, before stopping by the Delafield American Legion for their flag ceremony after the conclusion of their parade. Then, despite a cancellation due to weather, we called some audibles and joined the Milwaukee County GOP for the St. Francis parade, before heading to Cudahy's Fourth Fest.

Running for office is a grueling task!

And it seems Testin is up for it! I have talked with him and he seems smart, sincere, and has an extreme work ethic. His agenda fits perfectly with a sustainable future here in Wisconsin, and his values are conservative and honorable.