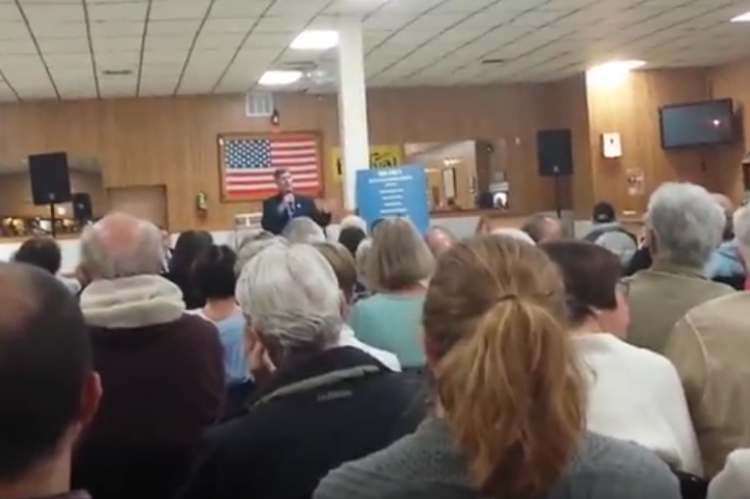 Representative Ron Kind’s silence about Representative Maxine Water’s recent disruptive and despicable outburst concerning resisting and being just plain rude to the President, members of the Cabinet, their staffs, and their families speaks volumes. Since he hasn’t voiced displeasure at the petty, political, and personal outburst of this disruptive Democrat calling for disobedience, he either doesn’t care or must be in agreement!

In Kind’s twenty-plus years in Congress one would think he has learned a little about leadership and how to speak out when a fellow Member of Congress so viciously steps outside the boundaries of civil behavior. Waters may be a quarter century older than Kind, but Kind’s sixteen year seniority to Waters in the Congress should allow his leadership to show. Even Senator Chuck Schumer spoke to the issue!

House Republican Andy Biggs of Arizona has introduced a measure calling for Waters to resign and face disciplinary measures for this public outcry to push back and be disruptive against the President, the Cabinet, their staffs, and their families. It must be serious if her inflammatory remarks caused this reaction from a fellow Congressman!

How things have changed since the Boston Democrat Tip O’Neill was Speaker of the House and the California Republican Ronald Reagan was President. They were so politically different, but they were such good friends and worked together for the good of the country! Or, I think back to stories of Sir Winston Churchill in England and how they would debate so vigorously, maybe even yell and argue, in Parliament but every afternoon they would break for a cup of tea and be friends again in a cordial, civil, and caring manner.

Right after President Trump was inaugurated as our 45th President of the United States, I saw a “Thank You Ron Kind” opinion because he put patriotism over partisan politics and attended the inauguration unlike several of his disruptive Democratic colleagues in Congress. Maybe that was premature as I wonder if Kind’s silence about Maxine Water’s recent despicable and disruptive comments may now indicate he values partisan politics over patriotism?

Since our long-term Congressman from western Wisconsin is silent on this recent news, I have to wonder if he is unaware of the seriousness of Congresswoman Water’s call for civil disobedience; or if he is quietly a co-conspirator; or maybe he just doesn’t care. The citizens of western Wisconsin deserve an answer! His silence speaks volumes!

Just a few reminders of who Ron Kind is

Kind calls on intelligence community to "get their story out" even if leaking information is illegal
https://couleeconservatives.com/article/la-crosse-democrat-calls-removal...