Gun control will not save lives 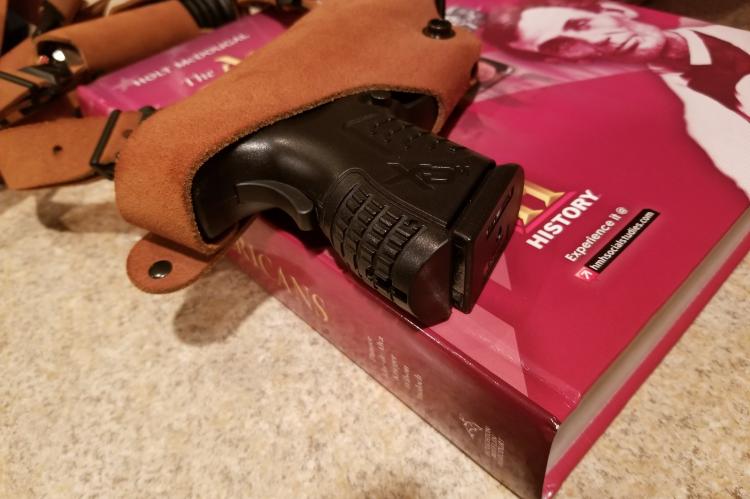 A murderer will murder, the weapon type does not matter.

Though strict gun control won't work, neither will the absence of gun control. Background checks are necessary for purchasing a gun, with good reason. With no gun laws anyone would be able to purchase a gun regardless of their age or crimes they have committed. Currently, if someone has a restraining order they can still purchase a gun. There is a push to reform that and make a law that people who have restraining orders against them would not be able to purchase a gun. This would protect victims of domestic violence. For this reason no gun laws would be worse. Guns can cause immense danger, paralyzing and even killing people. Since the beginning of this year seven school shootings have occurred. Many students have been protesting, asking for more gun control out of fear that their school might be next on the list of mass shootings. Something everyone can agree on is that guns can be deadly. That deadliness is not always a negative though, guns can be used as a protective force in two ways; passive and aggressive.

Guns passively protect people by just being present. If a man is walking down the street with a thief stalking behind him, if the thief notices that the man has concealed carry the thief will be deterred and find another victim. Criminals tend to take the path of least resistance. Owning a gun could keep people from harming others with a passive show of force. In addition to this guns aggressively protect people. If schools had teachers with concealed carry, or even security guards with guns roaming the halls mass shootings of schools would go way down. Gun free zones hurt more than they help. If someone has intent to harm people a sign that says ‘no guns on this property’ is not going to do much to stop them. If a good person with concealed carry is present at the time that a mass shooting is attempted, they can quickly put a stop to the crime before much harm can occur. Gun free zones only stop the good people from protecting those who cannot protect themselves.

In the same sense, our guns are what keep us from being oppressed by our government. As citizens of America we have a constitutional right put forth by our forefathers in the second amendment. With guns we have a sense of protection that people in other countries do not. We do not need to rely on our government for personal protection. If our lives are threatened we can protect ourselves and if the government tries to oppress us and revoke our rights we can take a stand and protest. That is our right as Americans.

Gun control will not save lives, Chicago has some of the strictest gun control in America and they also have some of the worst gun violence in America. FBI statistics prove that banning assault rifles would not make any impact since the majority of gun violence is done with handguns. The weapon is not the problem, the people are. If our society would pay attention to the signs people show towards violence and do something about it we would be able to lower the rate of mass shootings and keep our citizens safe.

All looks good, it is a wonderful things when knowledgeable, interested, sincere and perceptive people step up to make a difference!