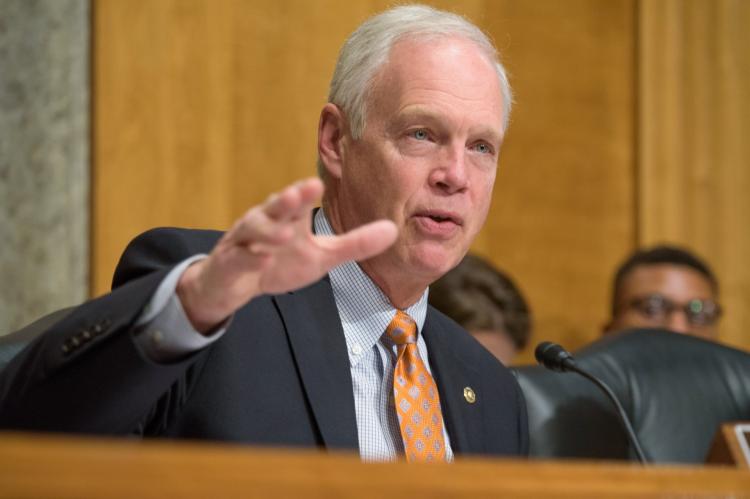 WASHINGTON — Senators Ron Johnson (R-Wis.), James Lankford (R-Okla.), Rand Paul (R-Ky.), Rick Scott (R-Fla.) and Josh Hawley (R-Mo.), members of the Senate Homeland Security and Governmental Affairs Committee, sent a letter to Office of Management and Budget (OMB) Acting Director Shalanda Young regarding the White House’s funding request in the FY 2022 Continuing Resolution that would allow the Department of Homeland Security Secretary to adjust the status of Afghan parolees on a case-by-case basis and waive grounds of inadmissibility, including terrorism. The letter comes on the heels of reports of a Grand Jury indicting two Afghan evacuees with crimes while they were at Fort McCoy in Wisconsin.

They continued, “The Biden Administration’s unwillingness to answer basic questions about Afghan parolees and its vetting procedures, especially when coupled with OMB’s request for Congress to waive terrorist, national security, and all other grounds of inadmissibility, raises significant national security concerns about Operation Allies Welcome.”

We write today to immediately request information regarding the recent guidance entitled “FY 2022 Continuing Resolution (CR) Appropriations Issues” you transmitted to Congress on September 7, 2021. In a blog post previewing this guidance, you state, “The purpose of this guidance is to advise lawmakers on how to avoid severe disruptions to public services that could inadvertently arise from extending the previous year’s appropriations legislation without modifications.”

The Office of Management and Budget’s [OMB] guidance requests an appropriation of $6.4 billion to support the Biden Administration’s withdrawal from Afghanistan and the failed evacuation efforts that followed. Within that $6.4 billion request, OMB asks Congress to enact legislation that would allow the Secretary of Homeland Security to adjust the status of Afghan parolees and, on a case-by-case basis, “waive any applicable provision of Section 212 of the [Immigration and Nationality Act].”

The law requires refugees to be processed overseas, either in their home country or a third country, while their security checks are completed. In order to meet this legal requirement, the US Government has traditionally required refugees to be fully vetted through United States military and intelligence databases, clear biometric and biographical reviews, undergo a medical screening, and undergo additional cross-checks of criminal history databases. Upon completing those security checks, refugees are to be interviewed by a US Citizenship and Immigration Services (USCIS) Refugee Officer, who will determine whether the refugee’s testimony matches with the information the agency found in its security checks. Only those who clear each step of the refugee vetting process and the interview are permitted to enter the United States and receive refugee status.

Regarding Afghan nationals who have been resettled in the United States, Secretary of Homeland Security Alejandro Mayorkas issued a memorandum on August 23, 2021, instructing US Customs and Border Protection (CBP) to “parole certain Afghan nationals into the United States.” This memo explicitly notes that “some of these individuals were in various stages of processing for immigration status in the United States . . . but were not able to complete these processes because of the certain situation in Afghanistan.” While the Biden Administration has stated in briefings and in fact sheets that Afghan parolees undergo “biometric and biographic screening,” the Biden Administration has yet to provide my staff, members of Congress, or the public with basic answers about its vetting procedures for Afghan parolees or demographic information about the Afghan parolee population.

The Biden Administration’s unwillingness to answer basic questions about Afghan parolees and its vetting procedures, especially when coupled with OMB’s request for Congress to waive terrorist, national security, and all other grounds of inadmissibility, raises significant national security concerns about Operation Allies Welcome.

According to OMB Circular A-11, the “FY 2022 Continuing Resolution Appropriations Issues” guidance should have been developed through a series of reviews of the budgets of executive departments and agencies. Assuming the appropriate policy process was followed, OMB’s request that Congress waive all grounds of inadmissibility for Afghan parolees must have been based on information in OMB’s possession.

To better understand why OMB has included a request to allow DHS to waive all grounds of inadmissibility for Afghan parolees in its “FY 2022 Continuing Resolution Appropriations Issues,” we ask the following questions:

How many Afghan nationals are waiting on background checks at a transit site? How many Afghan nationals have been paroled into the United States?
What specific categories, classes, or criteria constitute the Administration’s definition of “vulnerable Afghans”? How many individuals who have been paroled into the United States fall under each category, class, or criteria?
At an unclassified level, please describe in detail and with reference to the USCIS fact sheet cited in Footnote 4 the vetting procedures that occurred prior to arrival at a transit site (“lily pad”), during the Afghan nationals’ time at the transit site, and upon or after arrival in the United States?
How many Afghan nationals have unresolved flags in their security checks during their tenure at a transit site?
Of those who did have unresolved flags, how many – if any – were allowed to board U.S.-bound flights before these flags were resolved?
For each case that had an unresolved flag, please explain why the individual was allowed to board the flight from the transit site to the United States.
How many Afghan parolees have unresolved flags in their security checks after arriving in the United States? At an unclassified level, how many of those checks have been subsequently resolved and how many are still pending?
On what data or information did OMB base its request to Congress to allow the DHS Secretary to waive all grounds of inadmissibility, including terrorist, criminal, drug trafficking, and human trafficking, for Afghan parolees on a case-by-case basis? Please share this data or information with the Committee.
Absent Congressional action to give the DHS Secretary such discretion, what is the Administration’s plan to remove any Afghan nationals who fail to clear security vetting?
As you are aware, the Senate Committee on Homeland Security and Governmental Affairs holds jurisdiction over the Office of Management and Budget and functions as the Senate’s primary oversight committee. Furthermore, 5 U.S.C. § 2954 states, “An Executive agency … on request of the Committee on [Homeland Security and] Governmental Affairs of the Senate, or any five members thereof, shall submit any information requested of it relating to any matter within the jurisdiction of the committee.”[3] Pursuant to the Committee’s jurisdiction and 5 U.S.C. § 2954, we request your answers to our questions by no later than 5:00pm, October 1, 2021.