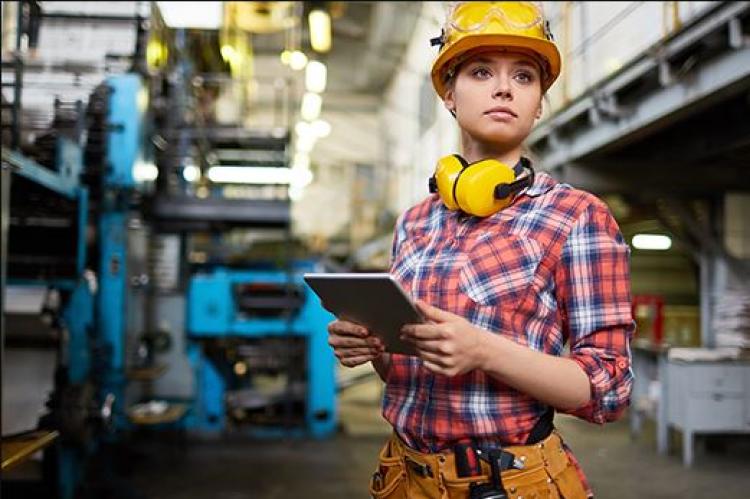 If businesses don’t raise prices where will the money come from? If you understand basic economics you know this money can’t come from thin air. Something must be produced at a profit to pay for the increased tax expense coming from irresponsible government policies.

Here is a factual statement: Business and corporations do not pay the tax that they are assessed. They add it to the cost of doing business which means products that cost more. The customer eventually pays for it in the form of a higher price. That customer may be a blue collar, single mom struggling to put food on her table. It is also true that this higher price makes it harder to compete in the free market, meaning that a foreign competitor can make a product cheaper, leading to fewer American jobs for those single moms to earn a living.

In a sustainable economy all business expenses need to come out of the profits; including the cost of raw materials, labor, wages, and benefit costs, utility fees, and all taxes. These input costs need to be paid and the company needs to make a profit to stay viable. When taxes are high it is hard to compete. We have lost many manufacturing jobs here in our own region to foreign countries for these very reasons. One of the biggest obstacles in America is excessive government regulations and irresponsible policies from Madison and Washington, D.C. Just one example would be the Family Medical Leave Act: Wonderful for families but devastating to the cost of being competitive in the world.

When an American worker goes to work, he makes a living, earns income, buys a house, pays property taxes which, in Wisconsin, pay for schools, who need that revenue to educate our children. The people who build the school earn income, build houses employing many others such as loggers, lumber mills, lumber yards, carpenters, electricians, plumbers, roofers, landscapers, painters, carpet mills and carpet layers and many, many, more, It is an upward spiral. The economy grows and expands naturally when individuals are free from onerous burdens like irresponsibly inflated tax policies. If American businesses can’t compete due to rising costs and regulations, then American jobs leave America for a country that stays off the back of productive business. When the government stifles American businesses, it starts a train wreck of economic slowdown that reverberates in a downward spiral!

When the American businessman succeeds and expands, they have an incentive to build more facilities and employ more people expanding the economy even further and increasing the numbers of those supporting a strong economic system. But with irresponsibly high tax burdens they are more likely to save that money instead of pursuing expansions. While the businessman does not pay much tax upfront, his employees do and they all pay higher prices at the stores and the cost of living increases with burdensome inflation for everyone. In Wisconsin, we have several of these situations, and they have thousands of tax paying employees, generating far more revenue than any single businessman ever could!

Under these democrat plans, ‘Mom-and-Pop’, businesses will suffer the most. They are not large enough to absorb the added taxes and fees coming from irresponsible government policies. Large, multi-national corporations will absorb the new expenses and then gobble up the failing businesses who cannot. Once their competition is out of the way, they will be able to raise their prices even more since there are no other choices and that increase will pass directly to all of us in the form of even higher inflation

For a business to mitigate the new, irresponsible taxes and fees, they will be forced to lay off employees. The first employees to go will be the low wage/low skill workers because their roles can be filled by other, more experienced employees or automation systems such as robots. Why are Democrats enacting policies that will hurt low wage/low skill workers? How is a blue-collar single Mom supposed to put food on her table when she can’t find work?

Lack of economic sense (or is it cents?)

America's educators have failed to teach history and civics; apparently they failed at economics education too! Look at VP Harris and Congress woman AOC, both of whom have a degree in Economics, and I rest my case. Press Secretary Psaki can't be blamed for everything she says.

We wonder how some people have such a flawed perspective

We will struggle to come together on the direction America should take when we have many people have no understanding of how things work. When we have upper-level leaders running the country, that don't understand basic economics, it is no wonder how their followers will vote.
We hear constantly that things from the government are free! It might have no added cost today, but nothing is free, and our grandchildren will pay forever!

Mr. Bice made a profound comment worthy of emphasis: "upper-level leaders that don't understand."
Many career politicians in leadership positions really don't understand -- and sometimes appear not to care. Others that have politics as a second career, such as former President Trump and Wisconsin's own Senator Johnson, obviously understand and they care too!
Election 2022, and before that some local elections, are on the horizon so please study the issues, study the candidates, and pick ones that understand and care. 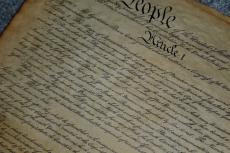 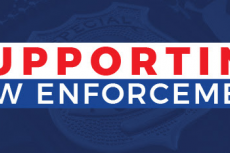 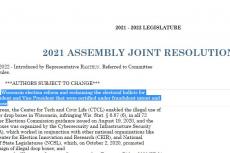 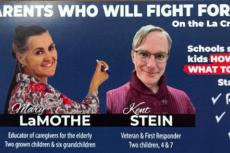