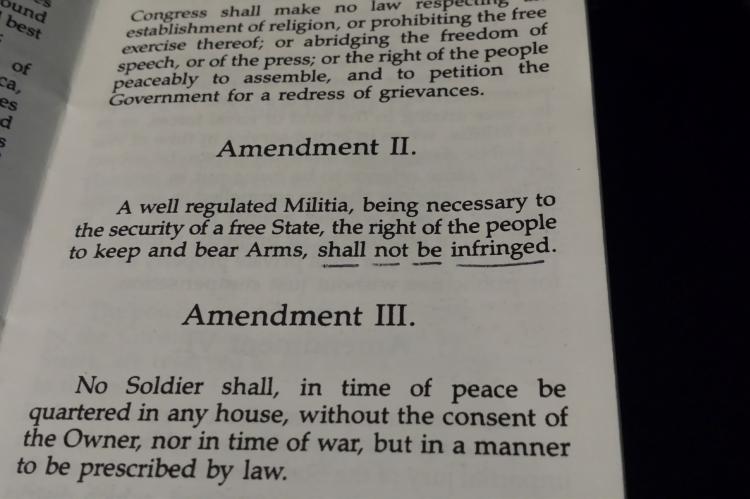 The United States House of Representatives FINALLY passed some truly common sense gun legislation. They passed a measure that will allow any law-abiding resident of any state to carry a concealed firearm even if that law-abiding citizen happens to cross the imaginary border into another state. Here's how they described it at thehill.com:

Two months after the deadliest shooting in modern U.S. history, the House on Wednesday passed legislation that would allow people to use permits for carrying concealed handguns across state lines while also boosting the background check system.

I am also pleased to report that all of our efforts to call and write to Congressman Ron Kind, D-La Crosse have paid off and he sided with Republicans on this common sense legislation:

This is a great victory! Now, as I travel around the nation, I won't have to disarm just because I cross over an imaginary boundary and my civil rights will be respected no matter which state I might be visiting.

I am concerned, however, how this will be treated by the authoritarians in other states. For example, in New York it is illegal to posses a firearm that has a magazine capacity greater than 10 rounds. My concealed carry pistol holds 15 rounds. If I were to cross the border into New York would they be able to arrest me? According to my interpretation of this legislation, New York authorities would NOT be able to charge me with that asinine law UNLESS I was already acting with criminal intent. Again, law-abiding citizens are the BIG winners here. States can no longer treat us like criminals.

So, while this is a victory that advances the cause of Liberty there is still much to be done. Keep up the pressure on our elected officials so they know how important Liberty is to us and why we, law-abiding citizens, will reject any efforts they make to restrict our civil rights.

You can read the text of the legislation here.

If you are interested in the complete history of the bill then I also recommend this link where you can see all the moronic amendments offered by Democrats and defeated in committee.