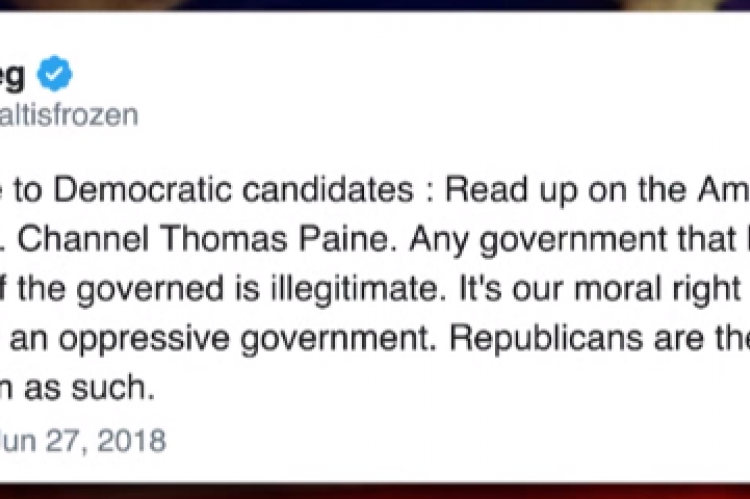 I continue to watch with fascination the news coverage about the retirement of Supreme Court Justice Anthony Kennedy. There is so much political intrigue and rhetoric flying around on the airwaves about this issue and for good reason. This will be another crucial moment in the history of our nation. For many, many years the Supreme Court has been the final word on all things regarding the U.S. Constitution. In our recent history of about the last 50-years, Progressives have positioned themselves into controlling most of the court system including the Supreme Court. They have transformed the court system into their political weapon and you can see evidence of that every time a common sense conservative like Governor Scott Walker tries to enact the policies that the people voted him into power to implement. The moment he attempts to enact the will of the people there are Progressive lawyers filing law suits against him that tie up implementation and potentially thwart the will of the people completely.

This is not what our Founding Fathers envisioned for this nation. They constructed a framework of checks and balances between 3 equal branches of government. If they had wanted the Judicial Branch to rule over our nation then they would have set it up that way in the Constitution and we would be living under the tyranny of black-robed judges. This is one of the main reasons why I support the effort to hold an Article V Convention of States. As the brilliant author Mark Levin pointed out in his book THE LIBERTY AMENDMENTS we should amend the Constitution and empower three-fourths of the states or three-fourths of the Congress to be able to overturn a terrible Supreme Court ruling. An amendment like that would create an important check on the power of the out-of-control Judicial Branch of our government. They should NOT be the final word.

The Supreme Court Justice who replaces Anthony Kennedy may very well be the judge who helps return this nation back to the checks and balances that our Founding Fathers envisioned. If the president continues his trend of nominating judges that respect and uphold the Constitution of the United States without legislating from the bench and promoting their political ideology then we may eventually see the return of the American values that make this nation so great.

Let me warn you, though, that this will become an ugly, drawn out fight. Progressives are desperate to hang onto their last vestiges of power within the Supreme Court. Since they continue to lose at the ballot box they have come to rely more and more on the court system. They will do everything they can to maintain that power and I predict that they will even become violent in this latest round. They are already using violent rhetoric to gin up their base and manufacturing their moral justification for physical violence.

I urge you to call them on it. When they scream like rabid animals on the streets demand that they act like rational human beings and if they refuse, ask the police to cite them for disorderly conduct. When they march down the streets in mobs with uncontrolled rage arm yourselves and be prepared to defend your lives and property and ensure that the police are arresting and hauling them off for the safety of our communities. They will use mob tactics. They will use violent rhetoric. People will eventually be harmed because that is who Progressives are. They are the step children of Marxist revolutionaries and this is the kind of playbook they always follow: mob tactics, thug violence, bullying and intimidation. Be prepared and, for the love of God, vote for Conservatives in every election to prevent Progressives like Tammy Baldwin from having the power to enact their agenda of hatred.